Tesla still leads the U.S. EV market by a lot

Tesla has become nothing short of a household name when it comes to electric vehicles, as shown in part by the company’s market share. Even as some point to increasing competition as a threat to Tesla in the coming years, the automaker’s current positioning is dominant in the market, recent data comparing automakers suggests.

Tesla’s vehicles made up four out of six of the most popular U.S. EVs sold in the first nine months of 2022, according to data from a recent Kelley Blue Book report (via Statista). The Model Y and Model 3 also boasted huge strides over other market offerings, both outselling the next top-sellers by over 100,000 units to become the two best-selling EVs in the country.

The Tesla Model Y sold 191,451 units from January through September in the U.S., while the Model 3 followed in second with 156,357 units sold in the same time.

The news comes while the auto industry is still facing supply chain issues and an ongoing semiconductor chip shortage that has had widespread effects. Overall luxury auto sales were down on the year, as one of many examples.

Tesla also earned the title of best-selling luxury brand for 2022, according to estimates from the Automotive News Data Center. The company had an estimated 491,000 sales in the U.S. during 2022 The EV automaker was followed by traditional luxury gas car manufacturers BMW (332,388) and Mercedes-Benz (286,764).

Beyond the U.S., Tesla’s Model Y also captured a large part of the market share for luxury SUV sales in China in both December and 2022 as a whole. In December alone, Tesla sold 29,387 Model Y units and 12,539 Model 3 units in China, outselling BYD, Audi, Mercedes and more.

Tesla also captured a sizable chunk of the market share in many European countries, with the Model Y landing the spot of best-seller in the UK, Norway, Iceland, Portugal, Slovenia, Austria, Belgium and Switzerland in 2022. 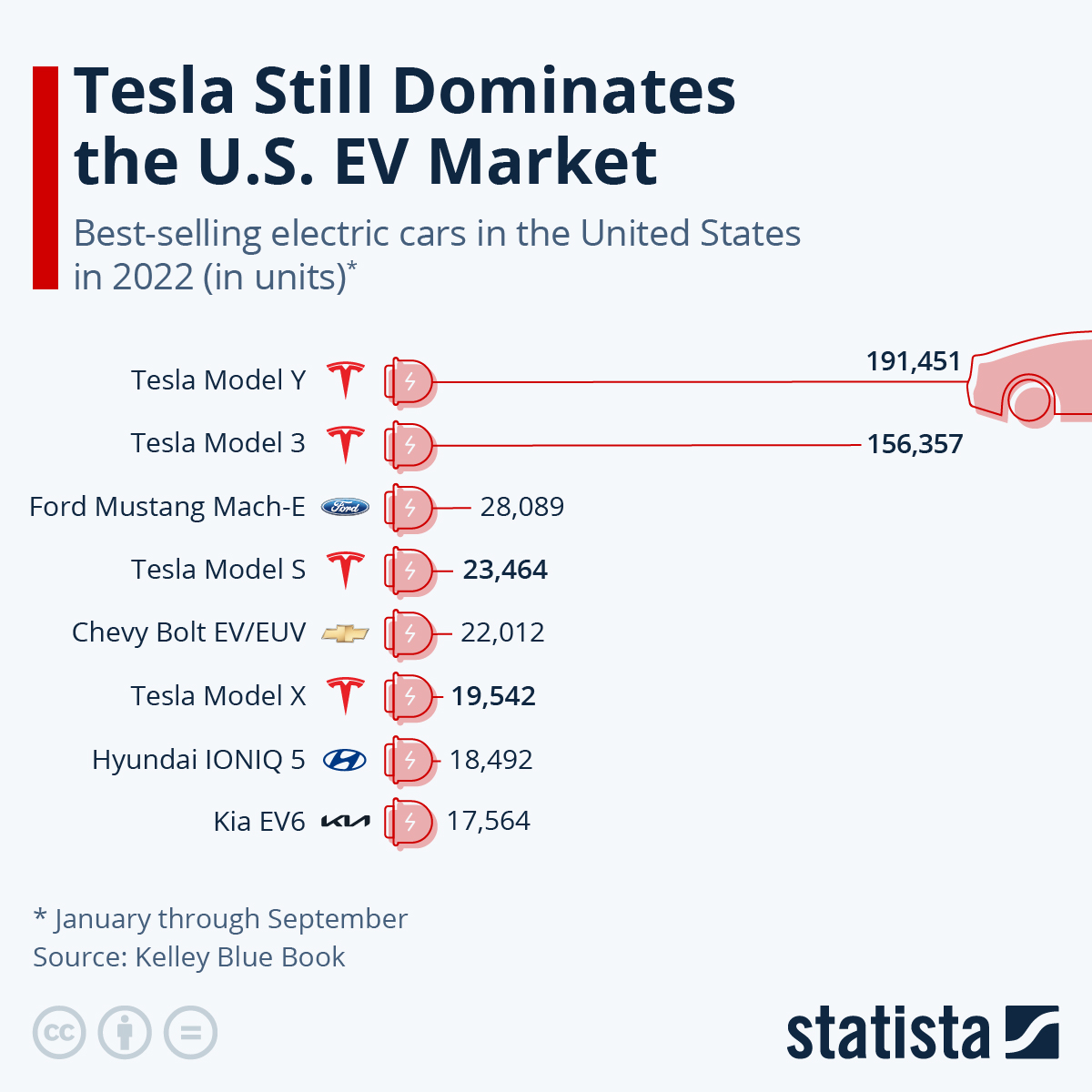 By the time Tesla opened its Gigafactory Berlin-Brandenburg last year, CEO Elon Musk had already teased plans for a world-class auto paint shop that would be unique to the German plant. Since the factory’s opening, Tesla has already unve...
Read More

As Tesla prepares to begin producing the Cybertruck later this year, some are pointing out how the electric truck’s bold, futuristic design is at odds with the minimalism of most modern tech. And like any design philosophy bringing a uni...
Read More

Are Tesla’s price cuts a sign of impending doom—or the opposite?

For years, Tesla has seemed unstoppable—the stock price long ago soared beyond what most folks (including, at times, the company’s CEO) thought was reasonable. Conventional wisdom was that only a drop in demand would bring the TSLA rocke...
Read More